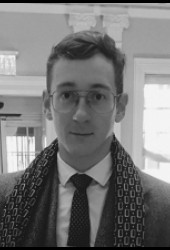 Adam Leeds is a scholar of late Soviet and post-socialist culture and society. His work is concerned with political rationalities and technologies of rule. His current project is a historical ethnography of the mathematical economists of Moscow from the Soviet Union to contemporary Russia. The genealogy of Moscow economics reveals a point of emergence and elaboration for alternative liberalisms and socialisms that illuminate both the limits and fecundity of the modern political imaginary. Future work will investigate the cultural life of liberalism in Putin's Russia.

Research Interests: Soviet socialism and postsocialism; science studies; bureaucracy and technocracy; the state, modernity and utopianism; liberalism and neo-liberalism; ethics and political affects; the legacies of cybernetics; the history of the human sciences; pragmatic semiotics.

"Dreams in Cybernetic Fugue: Cold War Technoscience, the Intelligentsia, and the Birth of Soviet Mathematical Economics," Historical Studies in the Natural Sciences, Vol. 46 No. 5 (2016):  633-668.