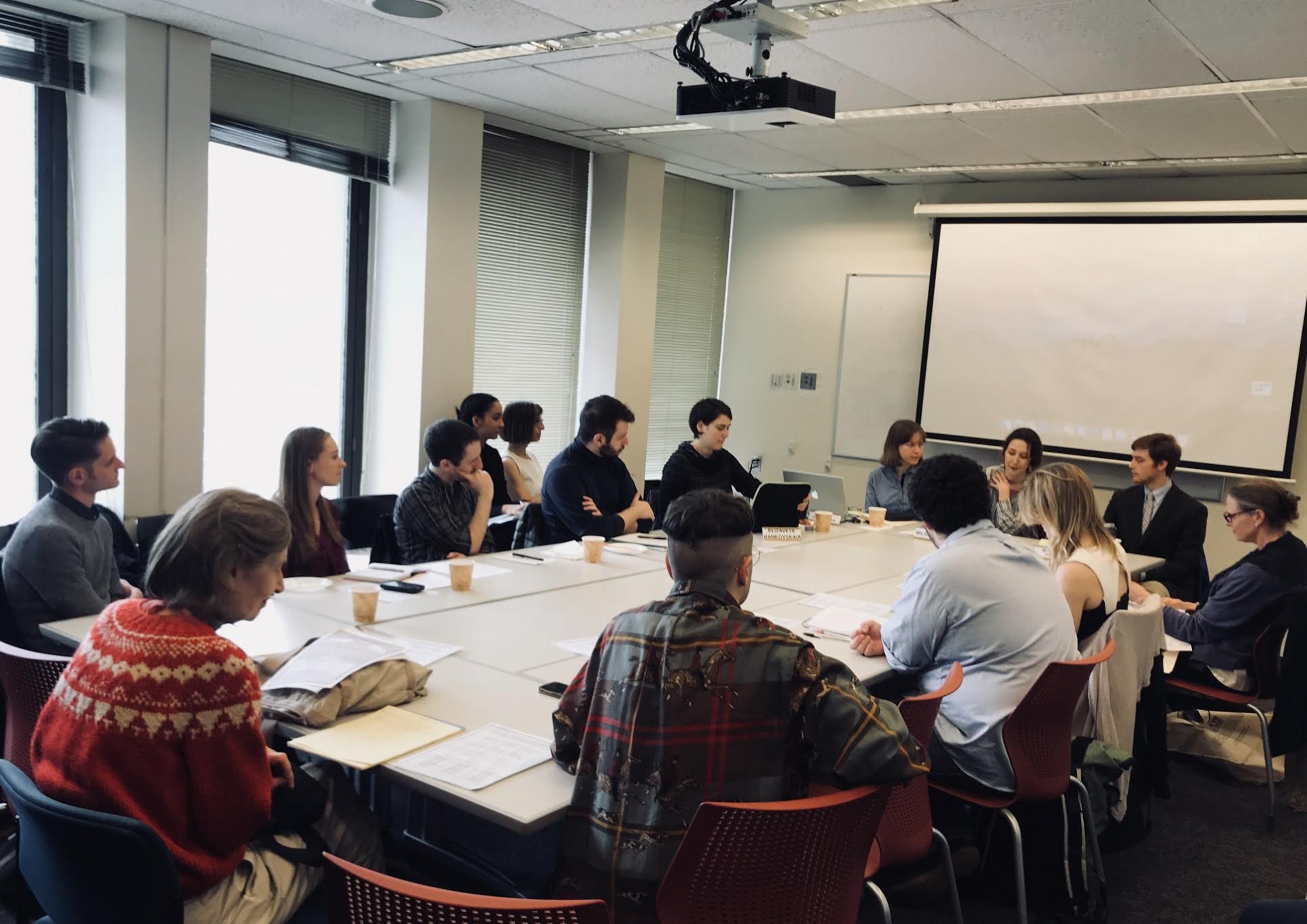 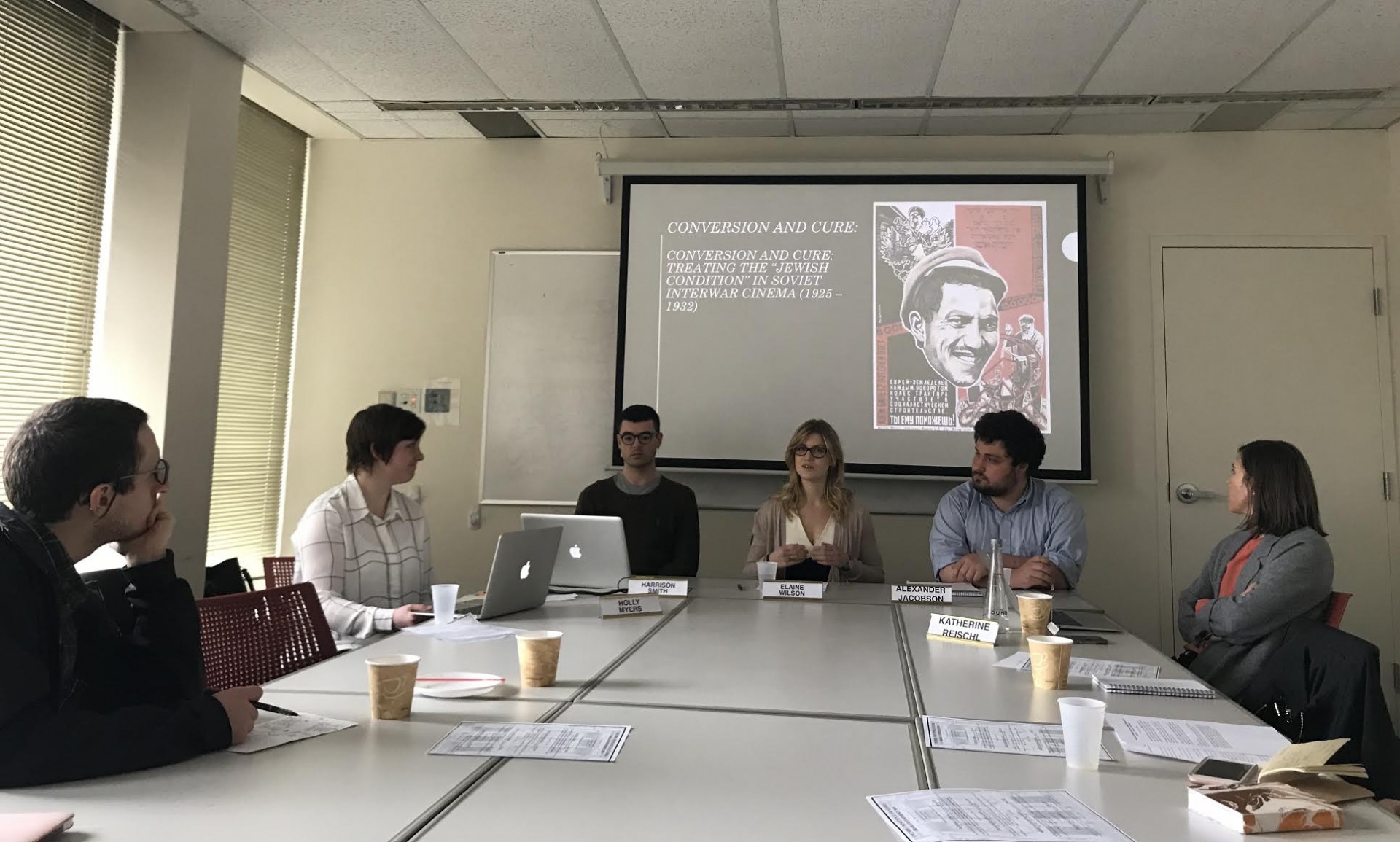 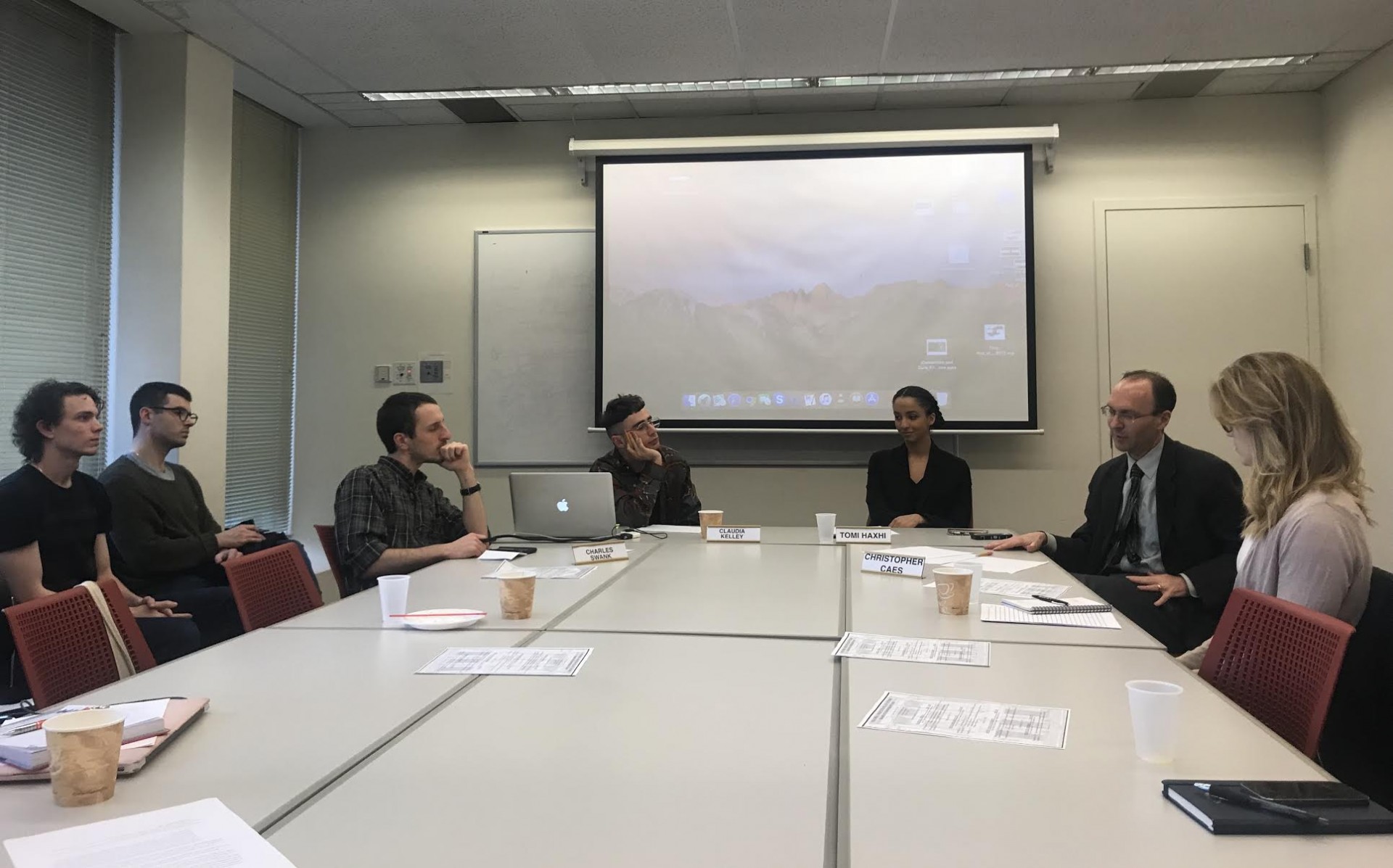 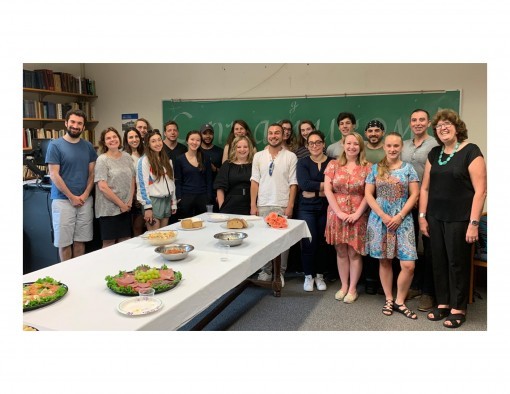 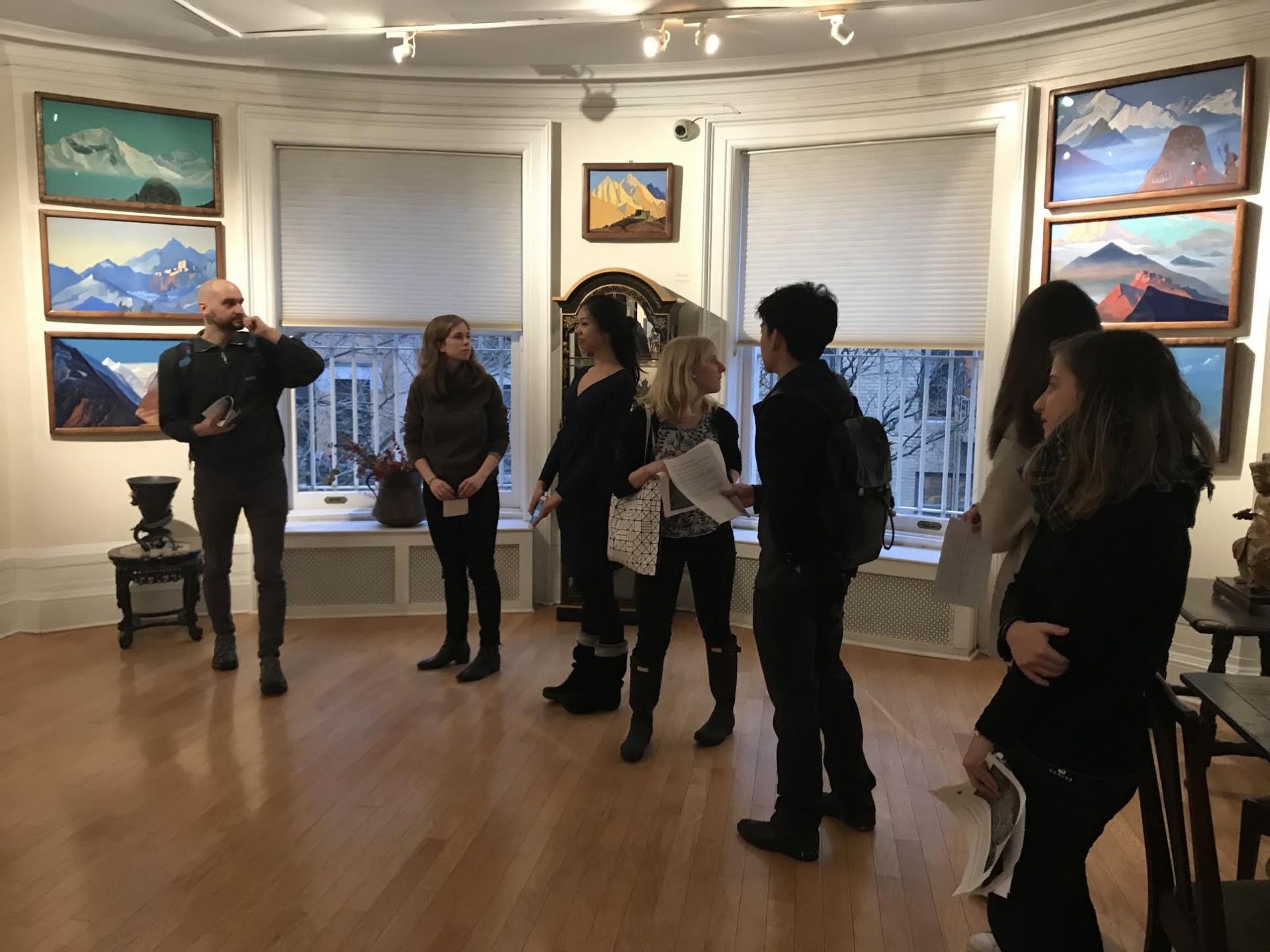 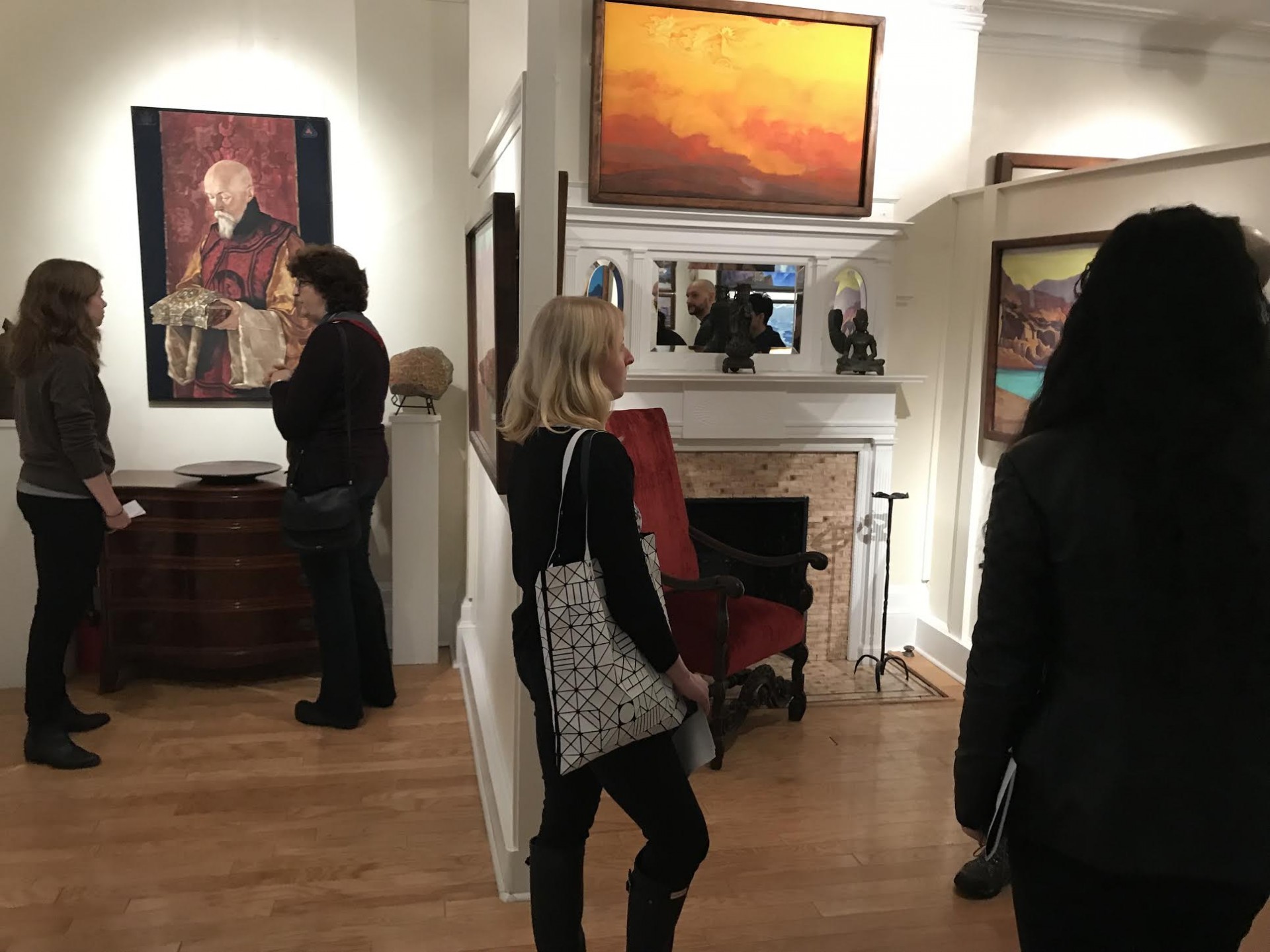 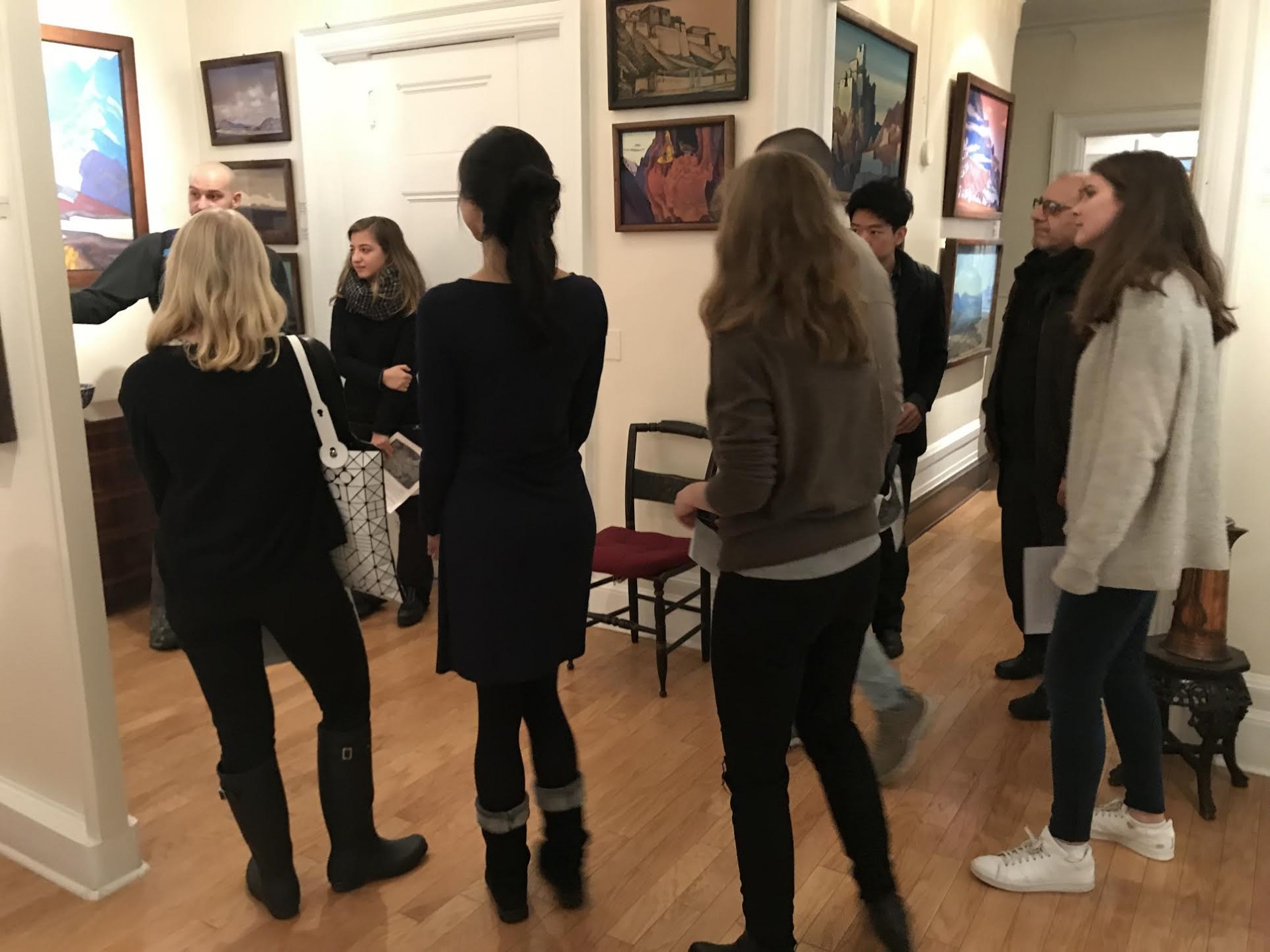 On Sunday,  March 4, 2018, students of the Ukrainian language program at Columbia University had their traditional Ukrainian Language and Culture Day out. The program included a visit to the Ukrainian Museum and viewing of the current Ukrainian costume exhibition there. This was followed by watching of the new feature documentary “Breaking Point. The War for Democracy in Ukraine," directed by Mark Jonathan Harris (USA) and Oles Sanin (Ukraine) that had just been theatrically released in the USA http://www.breakingpointfilm.com

The crowning item of the program was a dinner at the East Village Ukrainian Restaurant, located in the Ukrainian National Home on Second Ave and 9th Street. To combine a great deal of pleasure with some business, all this was a field trip for the students to write a review of the film and prepare for an in-class discussion on their discovery of Ukrainian NYC. 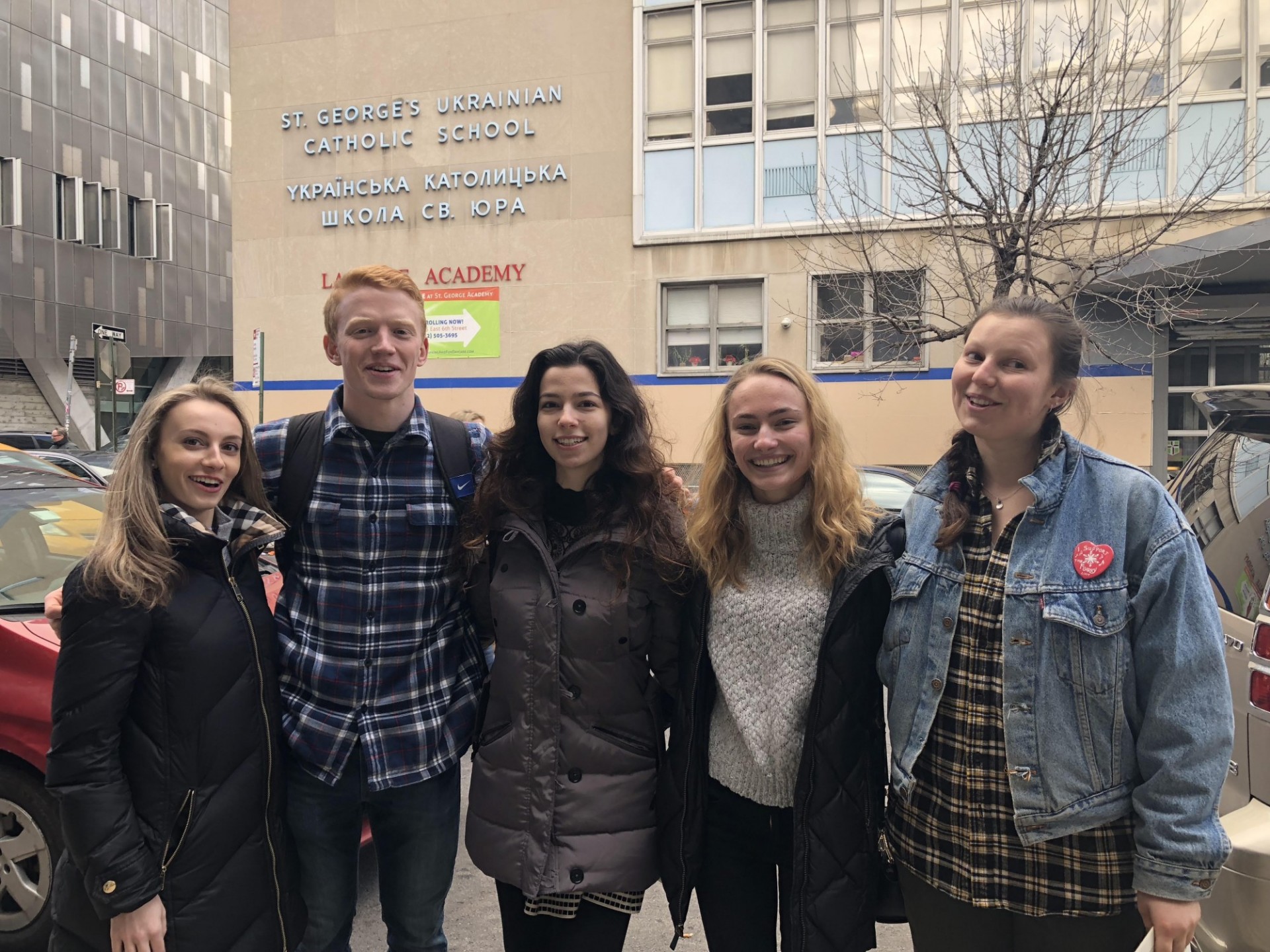 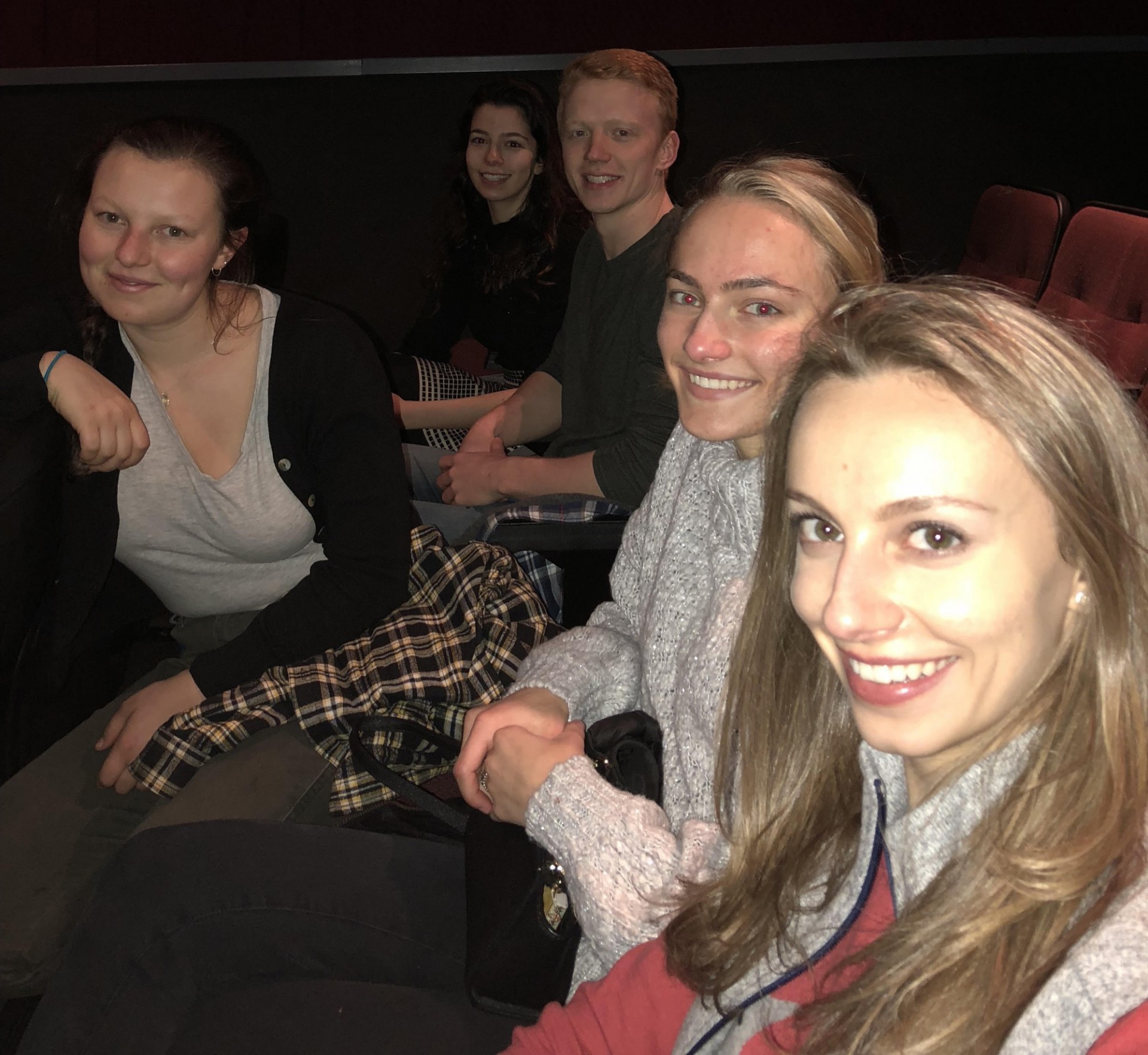 Ukrainian language students of Columbia before the screening of "Breaking Point" at the Cinema Village Movie Theater on East 12th and University Place. 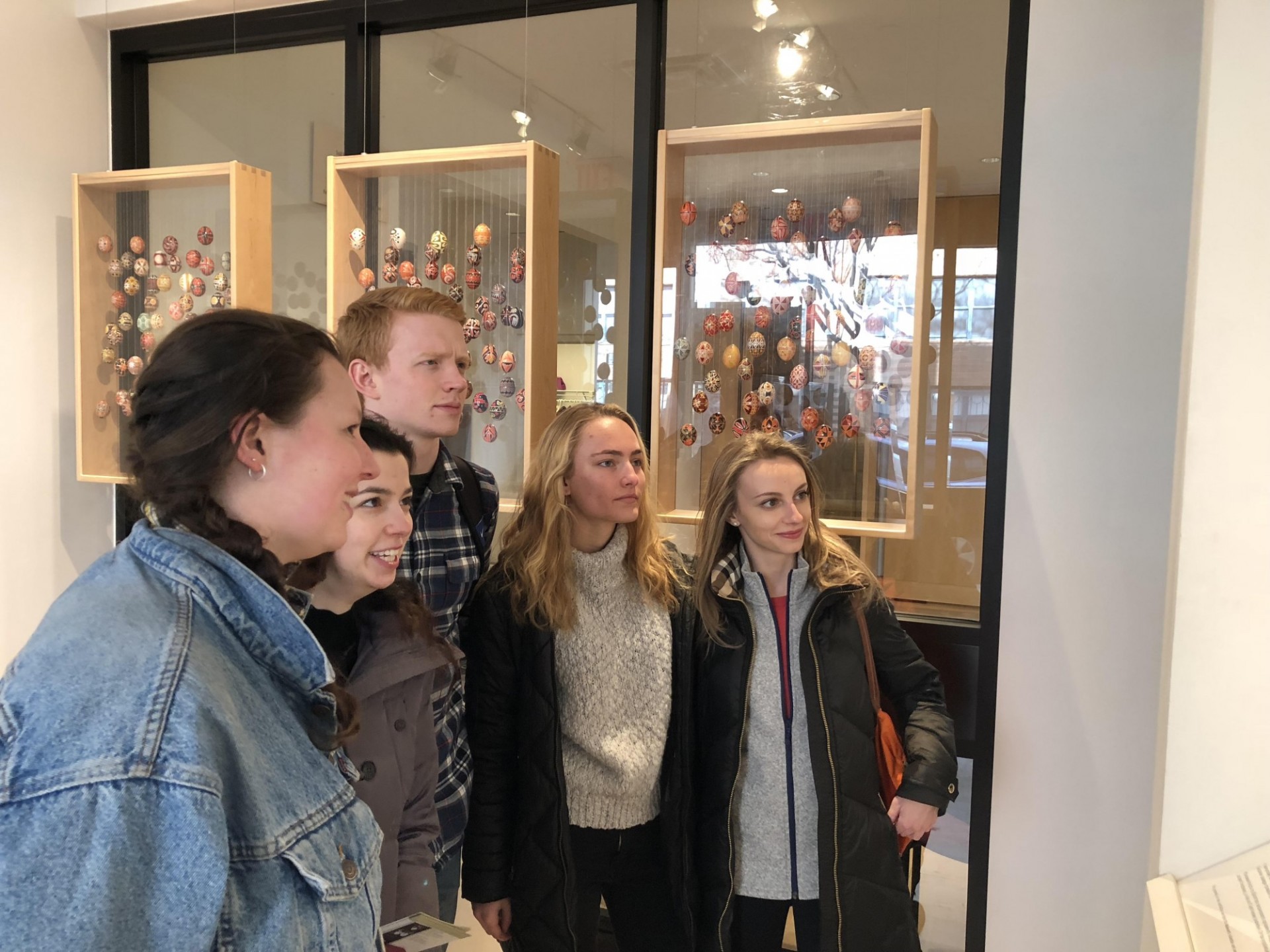 The students are examining the geographical distribution of various types of pysankas (painted Easter eggs) on the territory of Ukraine as represented by a specially prepared map. 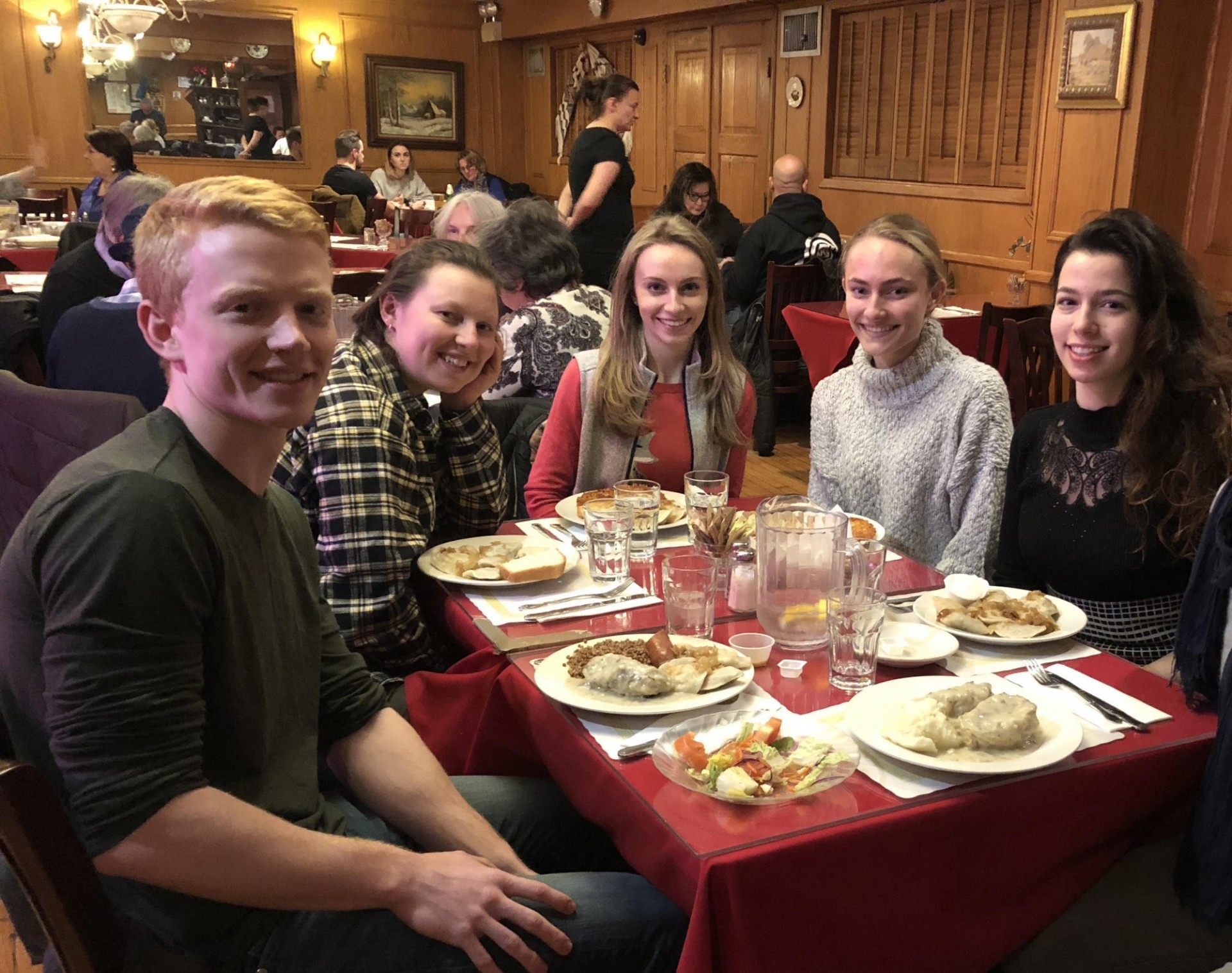 During his annual research trip to Ukraine, Yuri Shevchuk lectured at a number of leading universities in Kyiv, Kharkiv, Mykolayiv and other Ukrainian cities. The subjects of his talks included issues of language, identity culture, and filmmaking and the topicality each of them acquires in the context of the Russian military aggression and hybrid war against Ukraine today. The lectures were held at among others: the National Yaroslav Mudryi University of Law, Kharkiv, where he discussed “Language Rights in the West and the Situation in Ukraine,” the National Karazin Univeristy, Kharkiv – “Language of media and the War in Ukraine” on one occasion and “Western Theories of National Cinema and the Case of Ukraine,” on another, both with faculty and students of the Media Communications Department. At the prestigious Kyiv Mohyla Academy School of Business, Shevchuk gave a talk entitled “Thе Language of War and the War of Languages in Ukraine Today”. Shevchuk discussed the same theme in his presentation to the faculty and students of the Tavryda Volodymyr Vernadsky University of Symferopol (in exile) and the Ukrainian Leadership Academy in Mykolayiv. Also in Mykolayiv he lectured at the National Petro Mohyla University on “Ukrainian Identity and Culture in Civic Education”. In all Shevchuk gave eleven lectures and public talks during his trip. 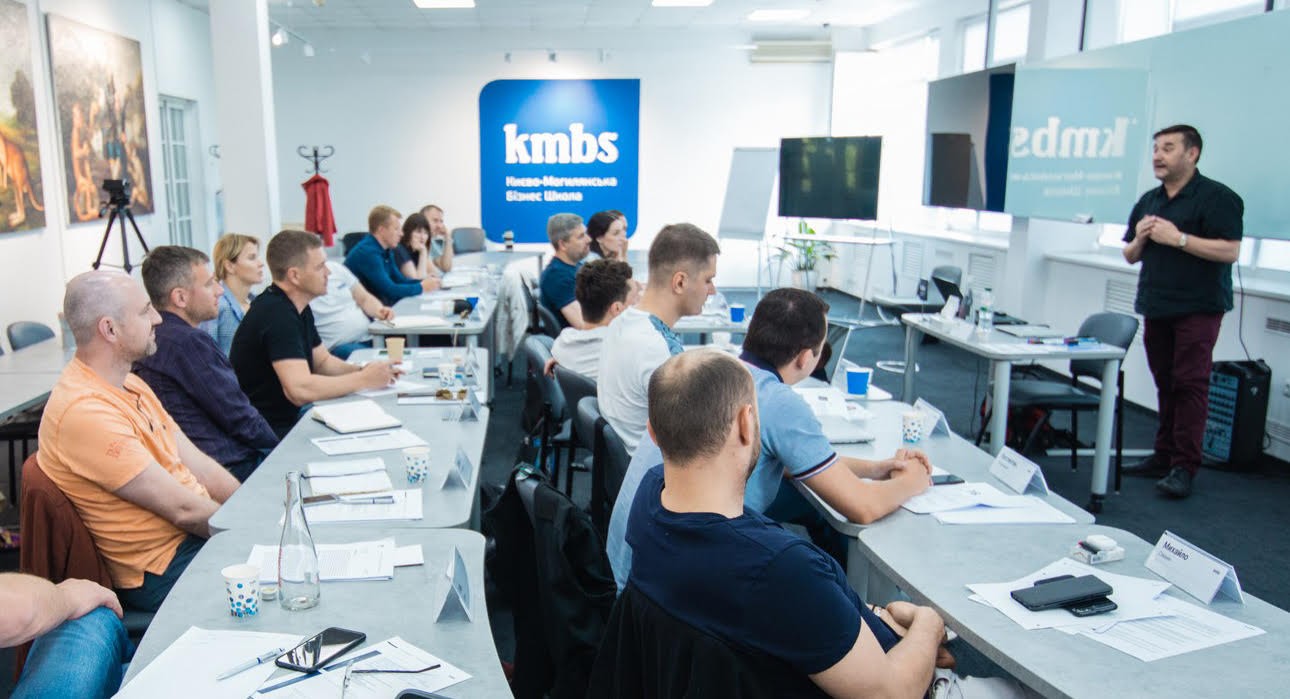 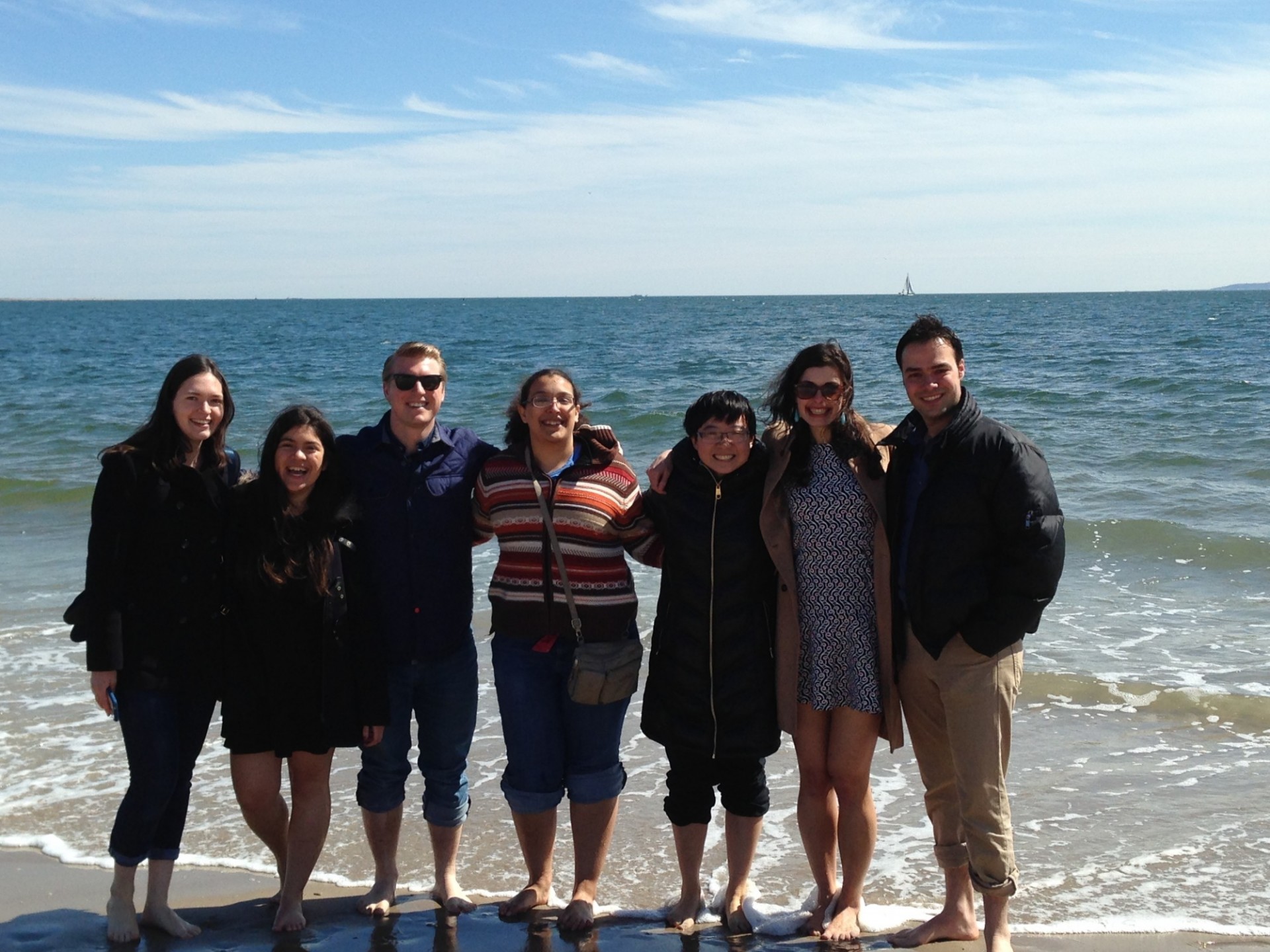