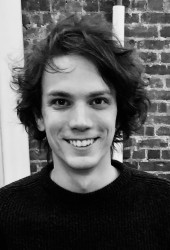 The Grotesque Formed through Embodiments of Word and Idea

Role of Literary Devices in Conceptions of Genre

Daniil Kharms: The Aestheticization of Violence in the Prosaic Construction of the Absurd, Oxford Postgraduate Symposium on The Writing and Screening of Violence in Russian Culture (May, 2017)

Kharms’s The Old Woman: Textual Analysis through the Lens of the Author’s Philosophical and Religious Treatises of the Late 1930s, Middlebury Graduate Symposium (August, 2016)